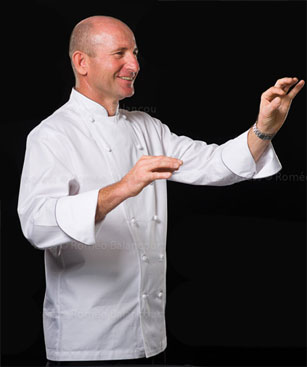 orn in Paris in 1966, Olivier decided very young to be a chef, from his love for good food and his desire to please people he loves. After school, he is immediatly hired in famous restaurants in Paris, such as Le Céladon Hotel Westminster, Le Comte de Gascogne, Le Normandy and also the Royal Monceau restaurant. Then with Chef Guy Savoy for his first experience as a Chef. At the top of his training, he joins the staff of Chef Alain Rex at Jules Vernes restaurant in the Eiffel tower in Paris. In 2000, he decides to start a new life with his family on the island of Saint Barthelemy in the French Carribean.

The Experiment of Olivier Marcel